The Minister of Economic Affairs of the State of North Rhine-Westphalia, Garrelt Duin, singled out three projects as models for addressing urgent social issues by honouring them with the NICE Award 2016. The jury under the chairmanship of the prestigious urban researcher Charles Landry reviewed 105 applications from 25 countries and selected twelve projects from France, Georgia, Germany, the United Kingdom, the Netherlands and Spain for the shortlist, which were presented at the Philharmonie Essen  on 24 August 2016.

"Makerversity"  and "Refugee Open Cities"  each received EUR 8,000 prize money. Based in London and Amsterdam, Makerversity is a platform for creative young entrepreneurs within the global maker movement. With the Maker Campus as its distinguishing feature participants benefit not only from the knowledge of others, but also pass on their own experience. The Berlin Refugee Open Cities project improves the quality of life in refugee camps through personal involvement. What makes it special: Refugees become designers of their own lives, using their creative talents to build a liveable community.

Jury Chairman Charles Landry: "Both address vital questions, but they are so different."

The second prize (EUR 4,000) went to the Dortmund based project "Public Residence: the Chance", in which the creative currency "Chances" has transformed citizens of Borsigplatz in Dortmund into innovative shapers of their neighbourhood. What makes it special: The residents themselves organise creative and artistic projects and therefore become beacons of hope for the revitalisation of Borsigplatz.

The jury honoured the London initiative "Julie’s Bicycle" with the "Achievement Award", a non-monetary prize. For ten years now, this initiative has been committed to encouraging cultural and creative industries to contribute more actively to fighting climate change. 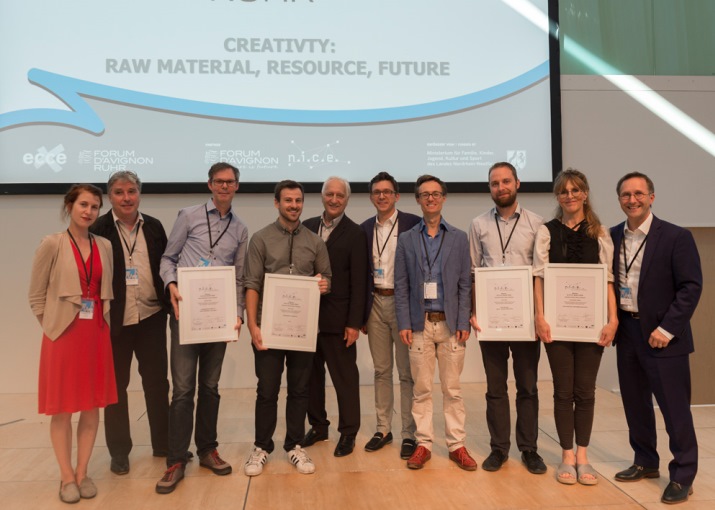 The winners with the jury at the award ceremony 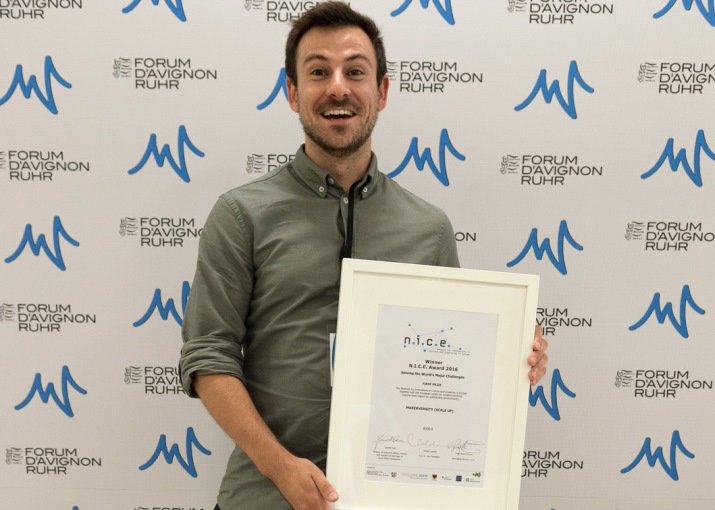 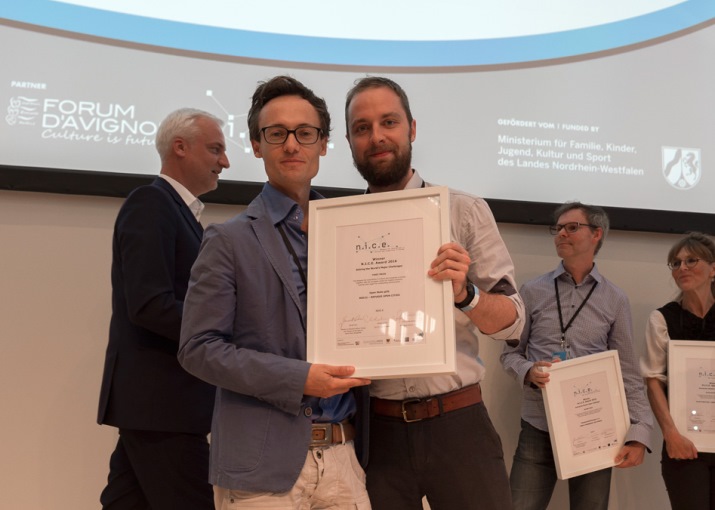 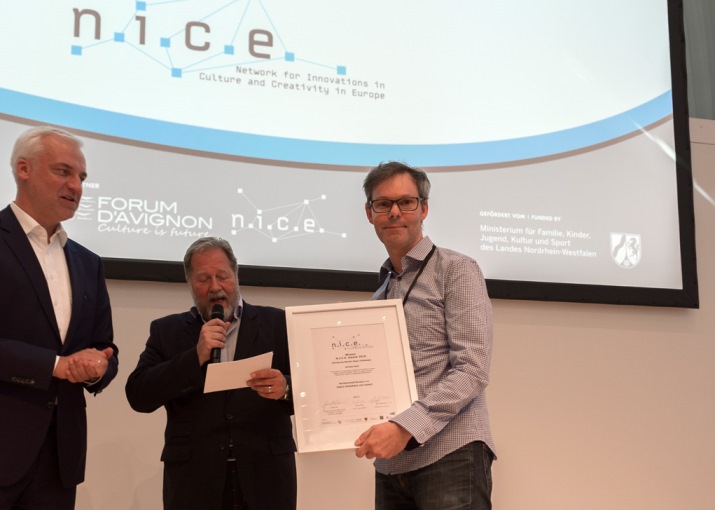 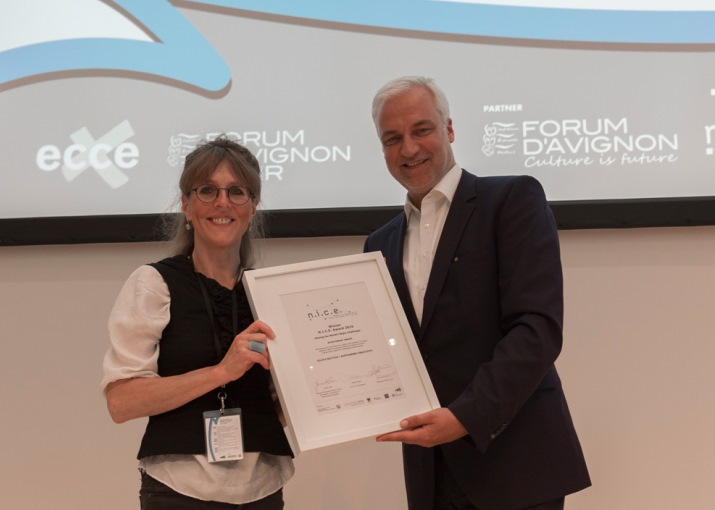 The winners of the NICE Award give us a new outlook on solutions to the urgent questions of our time. Creative innovations like those we find in the award-winning projects can develop a potential that we need to exploit more consistently.

Garrelt Duin, Minister for Economic Affairs, Energy and Industry of the State of North Rhine-Westphalia

Nothing remains as it is! The NICE Award shows examples of how creative and cultural impulses can respond to digital, economic and social changes in our society and how they can be used to shape transformation.

AuLAB | Gijón, Asturias, Spain
AuLAB is a methodological innovation experience grounded in project-based work and competence-based programmes which is developed in four lines of work: design and digital fabrication, experimental television, creative programming, and art and science.
Shortlist 2016Winner 2016
elCASC | Villena, Spain
elCASC is an urban festival that aims to investigate and transform the social and urban fabric, delivering a series of low-cost architectural, artistic and socio-cultural interventions that relate to the urban renewal process.
Shortlist 2016Winner 2016
hostanartist | Paris, France
Hostanartist is an online exchange platform that gives property owners the opportunity to share their space with artists. Artists will offer a work of art to create a unique link between themselves and their hosts.
Shortlist 2016Winner 2016
All 2016 NICE Nominees

"Solving the World’s Major Challenges – A Call for Innovations" was the topic of the NICE Award 2016, which took place at the Philharmonie Essen on August 24th 2016. These six shortlisted candidates presented projects that focus on social innovations.

In 2016 the Jury sighted 105 applications from 25 countries and selected 12 projects from France, Georgia, Germany, the United Kingdom, the Netherlands and Spain for the shortlist. Six nominees present their projects dealing with digital innovation.

The application process for 2016 is closed, but for informational purposes the call is accessible below.

Since 2013, the annual NICE Award has been promoting innovations through the cultural and creative sectors, and their integration into the wider economy and society, with the aim of tackling the major challenges of our future today. To this end, the NICE Award creates visibility and know-how transfer throughout Europe for innovations that have been overlooked until now. It kicks off debates and sparks ideas in industry, culture and government, and motivates cultural and creative makers to be innovative and more experimental.