In July and August, the Dortmund Salon Atelier is transformed into the martial arts studio Krav Mega.

The artists Nicola Gördes , Silke Schönfeld  and Tommy Scheer  cordially invite the residents of the Unionviertel neighbourhood to take part in various martial arts workshops, which will take place outside in adjoining green spaces in good weather. In cooperation with Sportcenter Budokan and the Black Belt Kung Fu Academy , Krav Mega have developed a training schedule for the following martial arts: Wing Tjun, Muay Thai/K1, Taekwando.

In addition, they offer self-defence training sessions. When conquering public space during the workshops, the residents strengthen their self-confidence and create a particular sense of community by focusing on a common goal: ''Make Unionviertel great again.'' The project will be documented on film and the resulting short films will be showcased in the presence of the protagonists and interested visitors in December 2018. 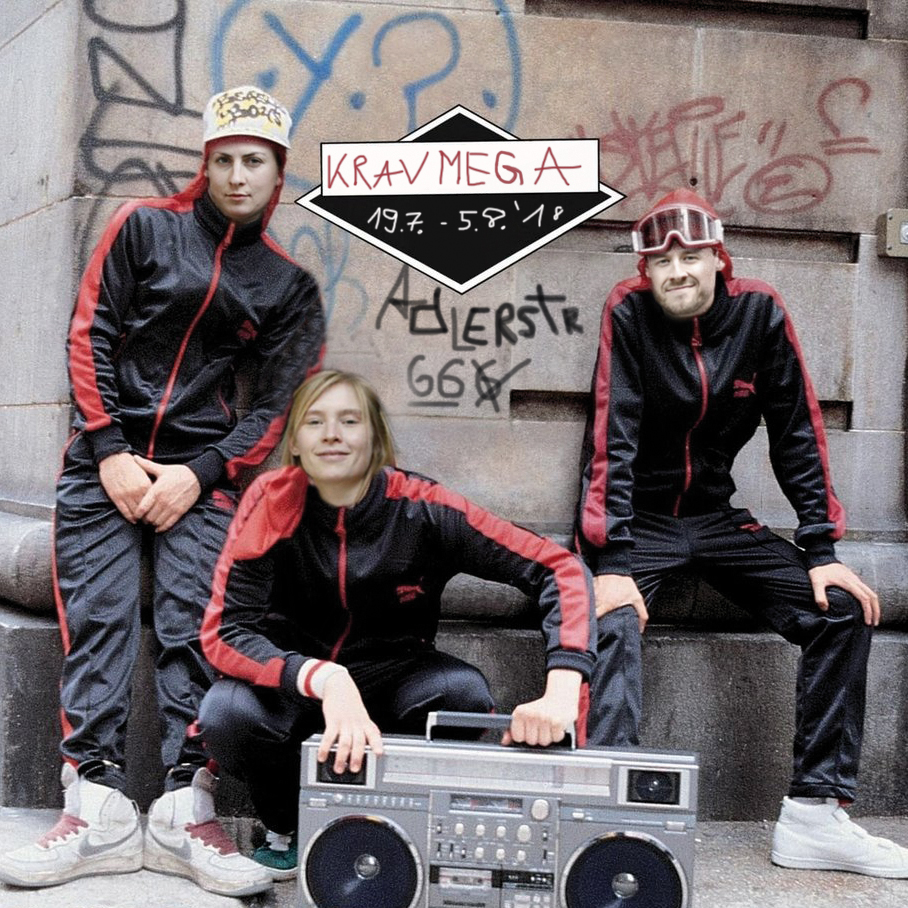