P-A-N-T-S-D-O-W-N has turned the Dortmunder Kunstverein (Dortmund Art Association) into a strange parallel world: It appears desolate in a state between set-up and dismantling; exhibition operations seem to have ceased. But in the twilight, there is rattling and whirring. Through a few open spots in the clad glass façade you can catch a secret glimpse of mysterious scenes inside: A peep show of unbridled objects has come to life and conveys hidden messages using an occult technique.

At the invitation of Dortmunder Kunstverein , Nicola Gördes  (*1987, Lennestadt), Stella Rossié  (*1989, Bochum) (both have received the DEW21 award in 2015) , Paul Spengemann  (*1987, Henstedt-Ulzburg) and Gerrit Frohne-Brinkmann  (*1990, Friesoythe) designed their first joint installation for which they merge their respectively used media of performance, sculpture, video art and film. They play with entertainment culture formats in different ways and draw on elements of pop and trash.

Link to the event 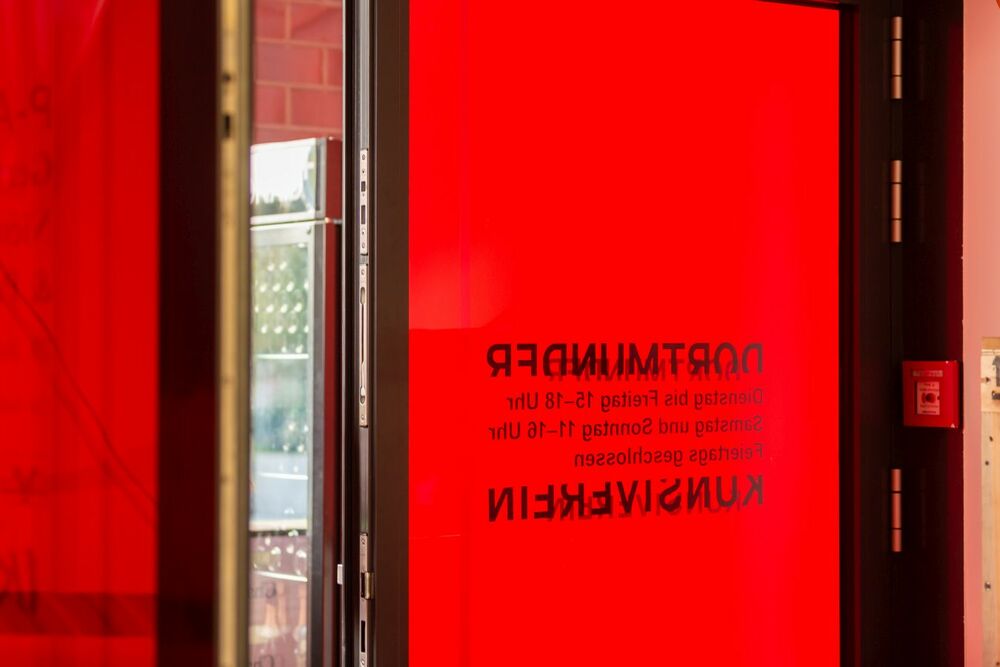 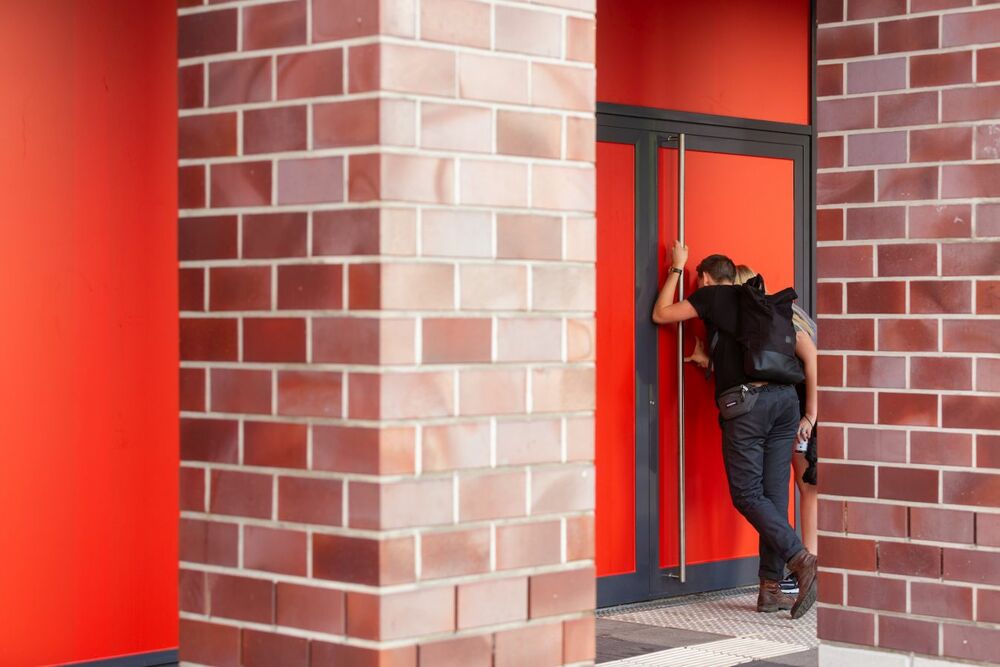 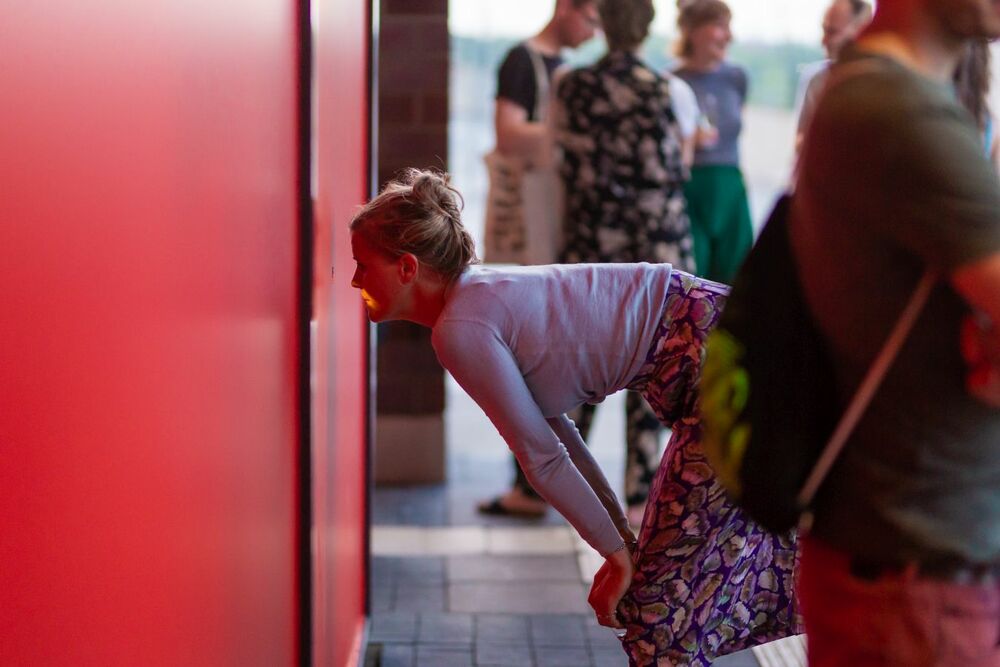 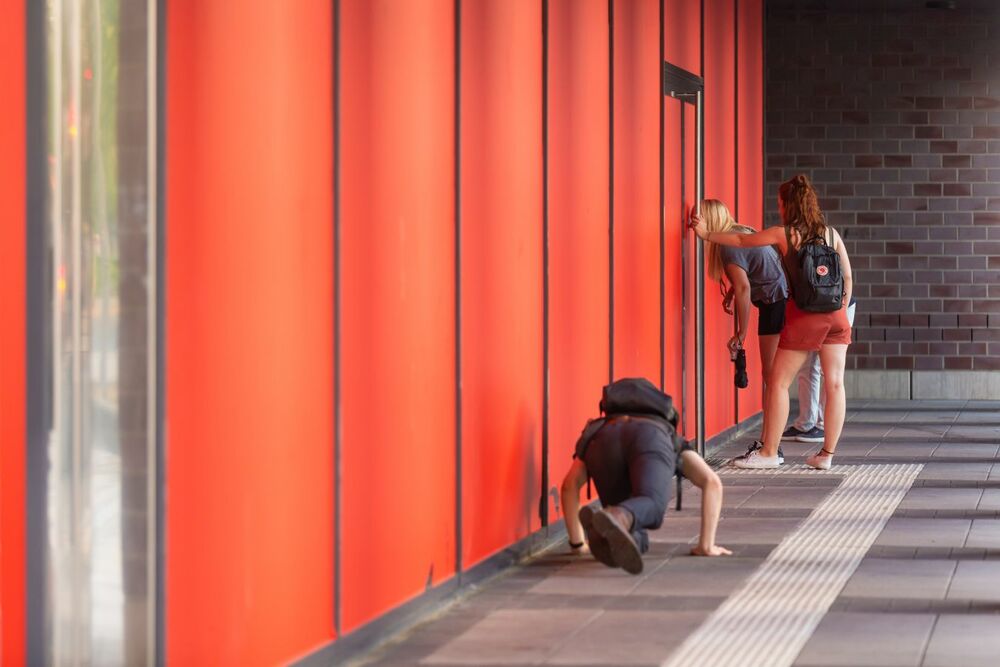 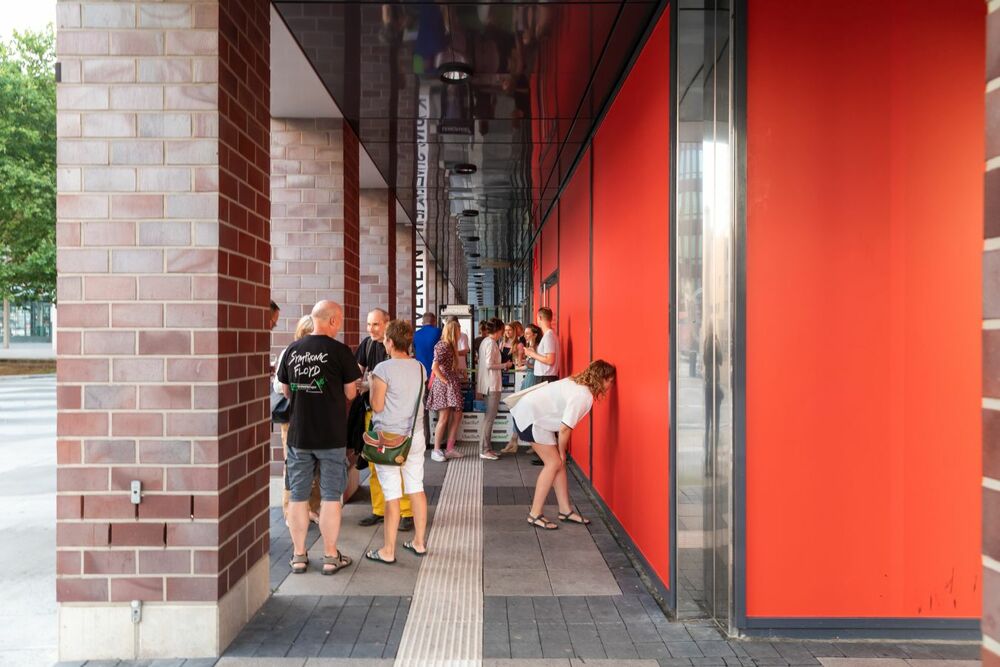 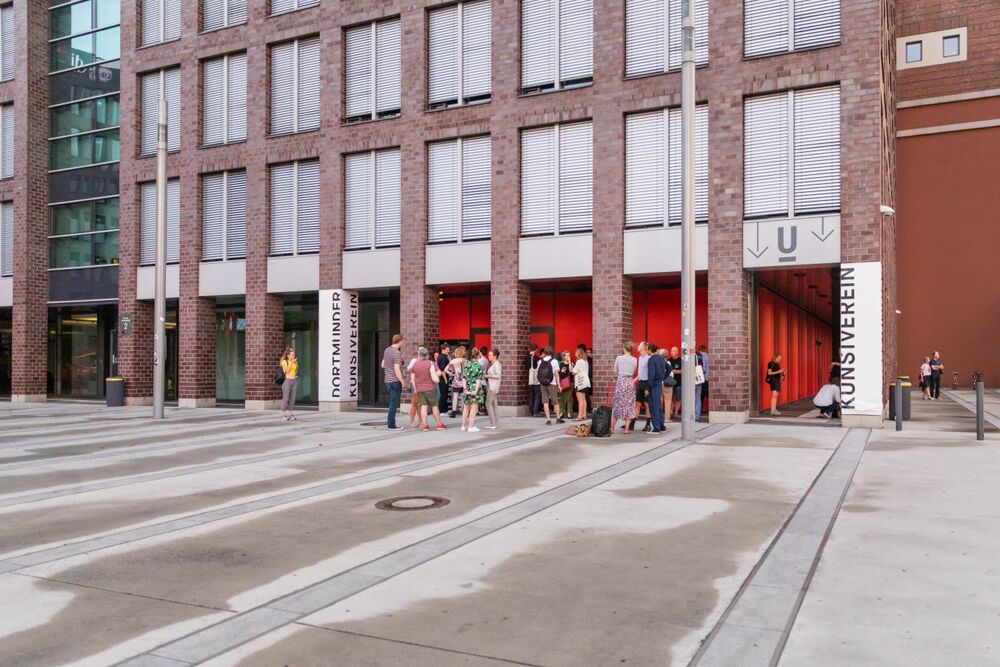 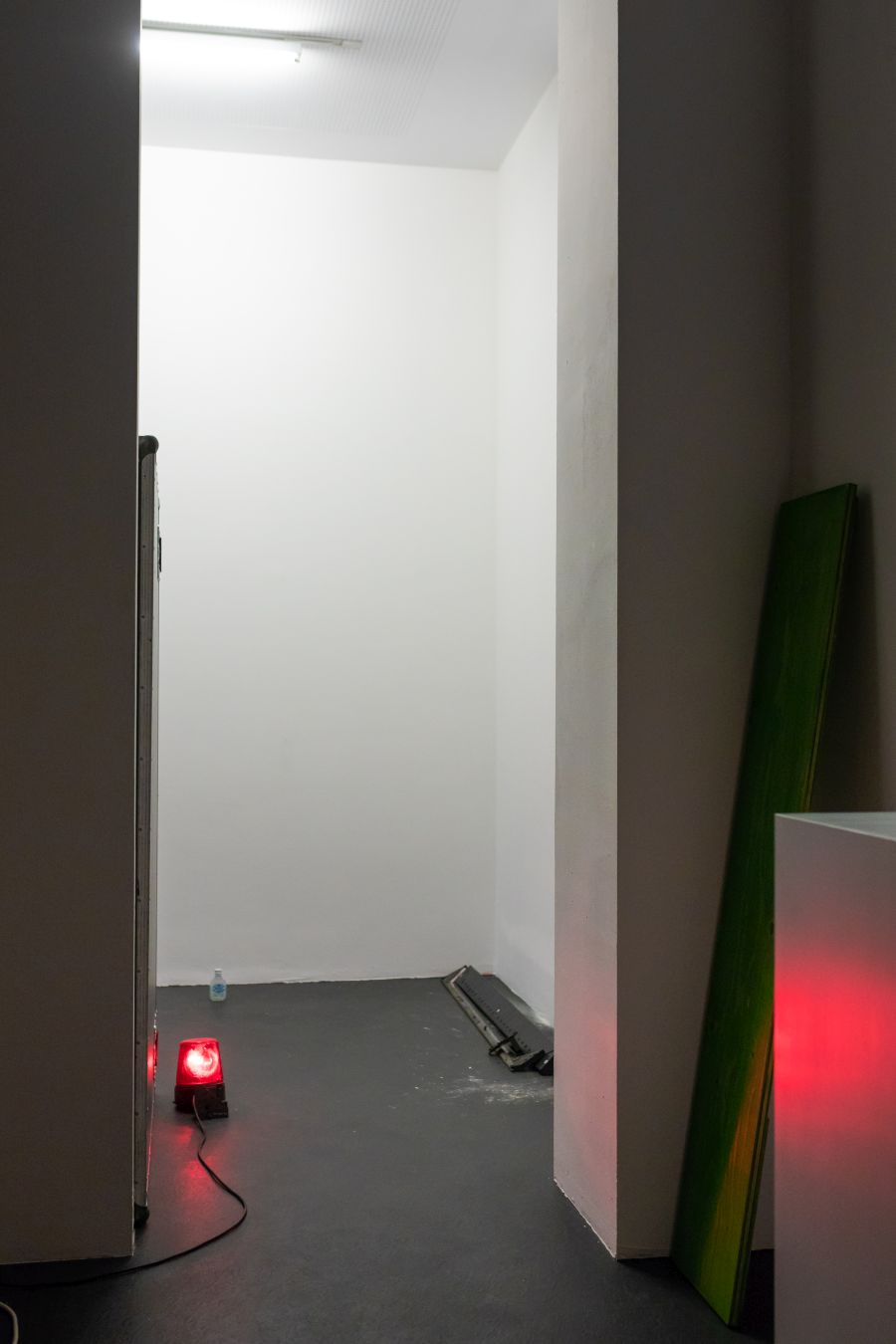