Since 2015, the Licht an! open-air event has taken place in the KunstWaldpark Teutoburgia in Herne and is organised by an association of park supporters.  Light shows, experimental sound art, media art and pyrotechnics are combined to create an artistic experience. There is no entrance fee. In 2017, the organisers broadened the overall event by grounding a star of the coal era: the winding tower of the former Teutoburgia mine served as a centrepiece and relic of the coal era; Harald Opel and students from the KIU media for Dortmund’s University Applied Sciences and Art, used video projections to emphasise the tower’s symbolic power; the Tietze firework team then illuminated a magical star which was slowly lowered towards the tower before extinguishing in the mine to symbolise the final end of the coal era that will happen in 2018. This act is completed with a light show by Wolfgang Flammersfeld and a sound performance by Christof Schläger. The latter used the evening to introduce his newly developed foghorn instrument – a converted ship’s horn that is capable of playing tones and designed for outdoor use. 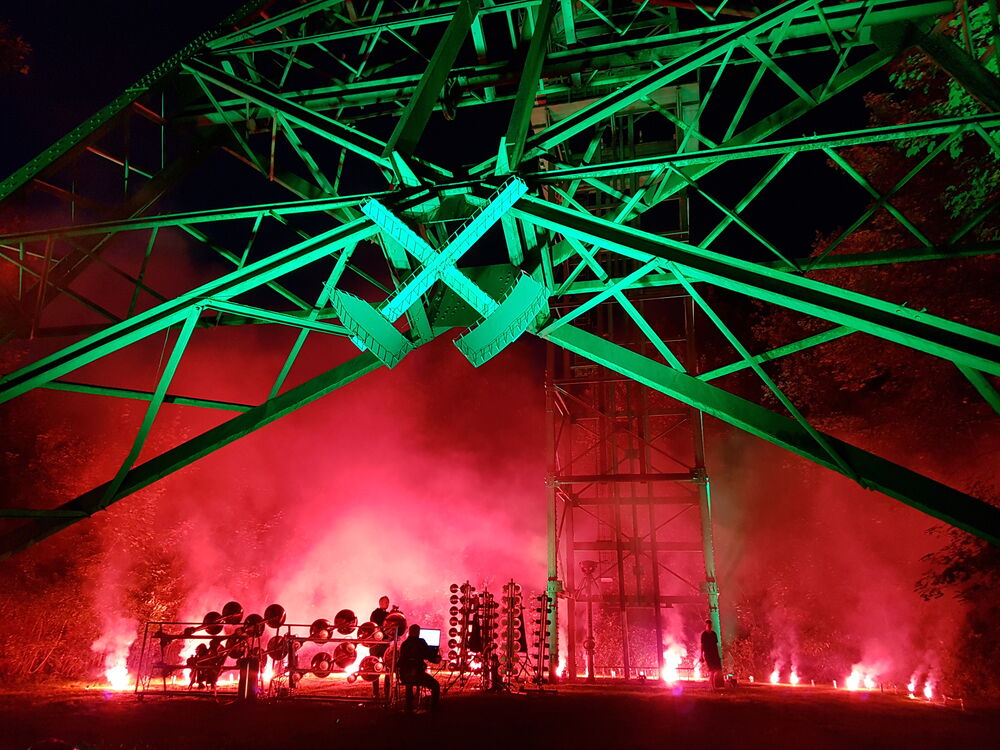 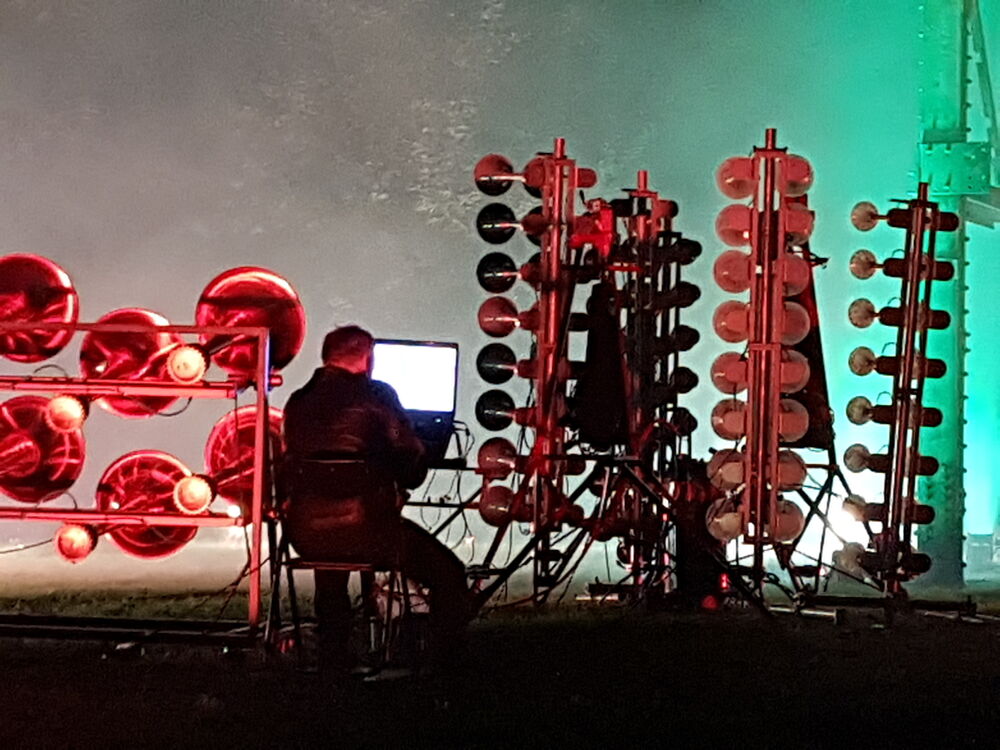 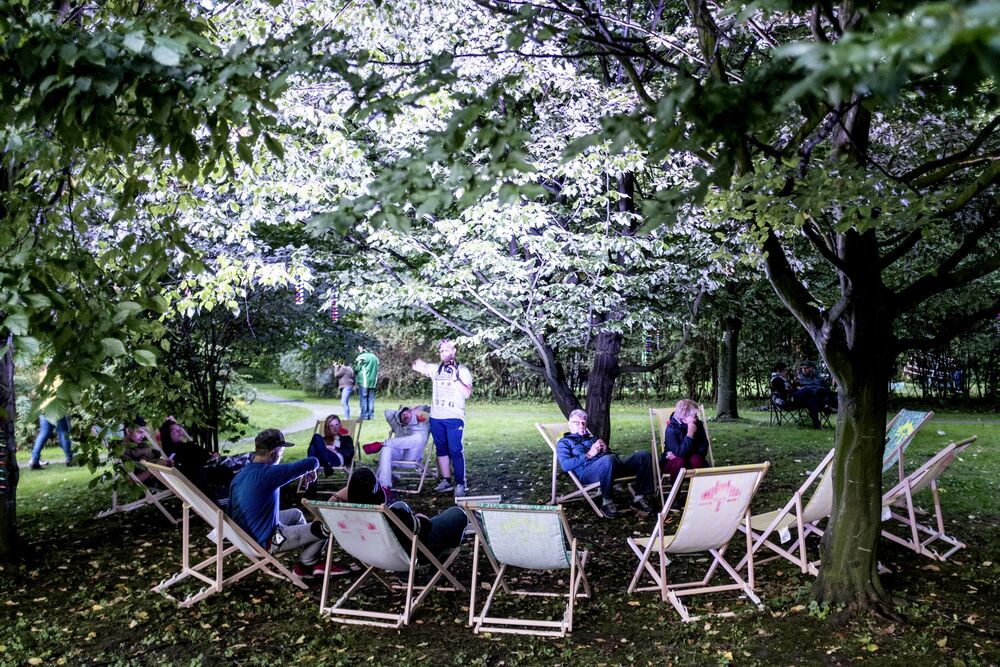 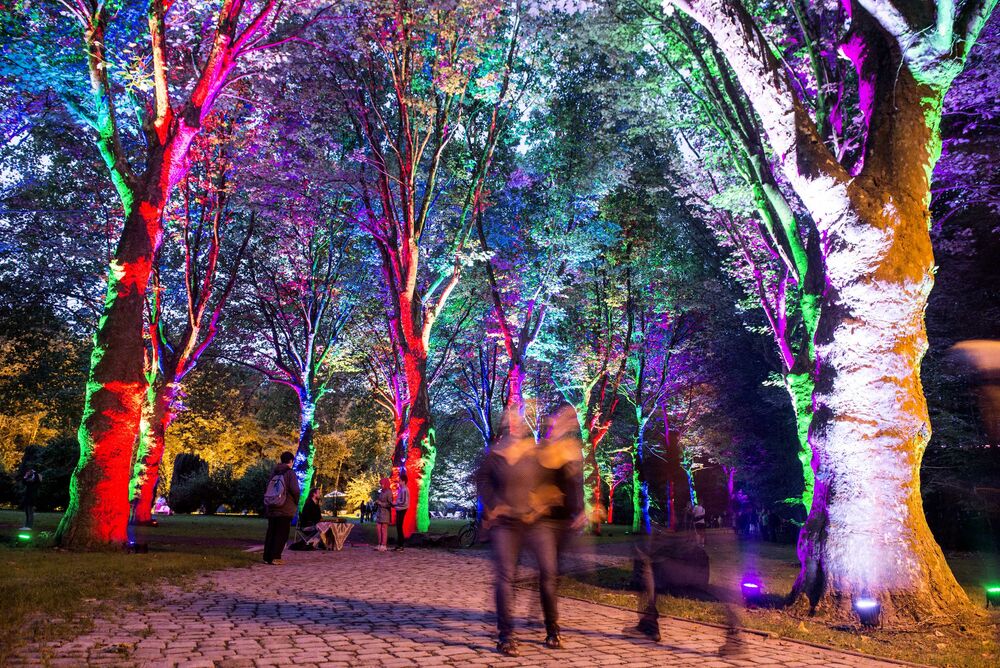 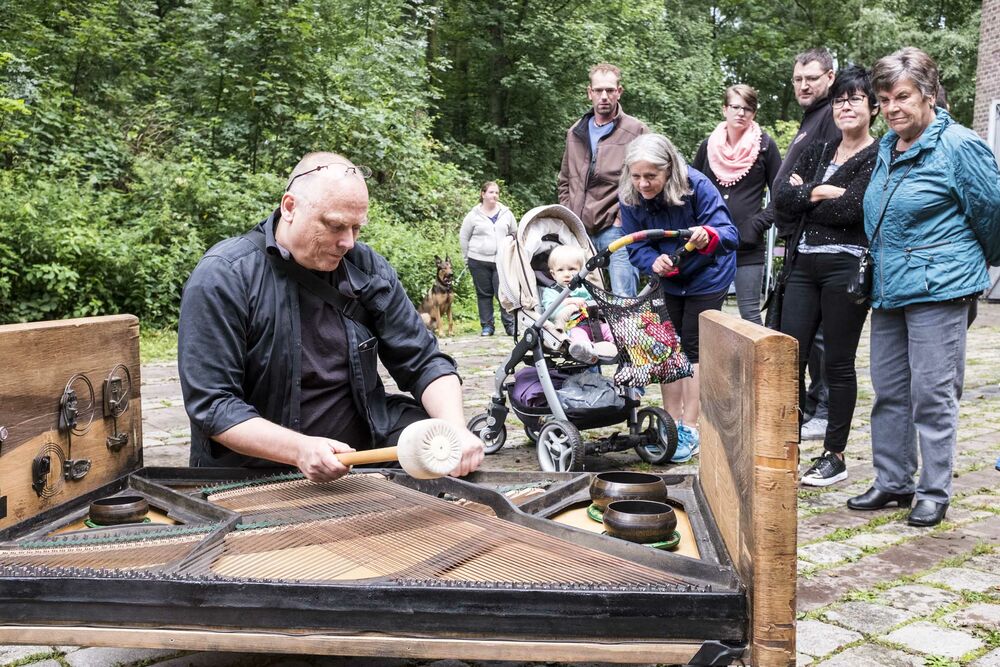 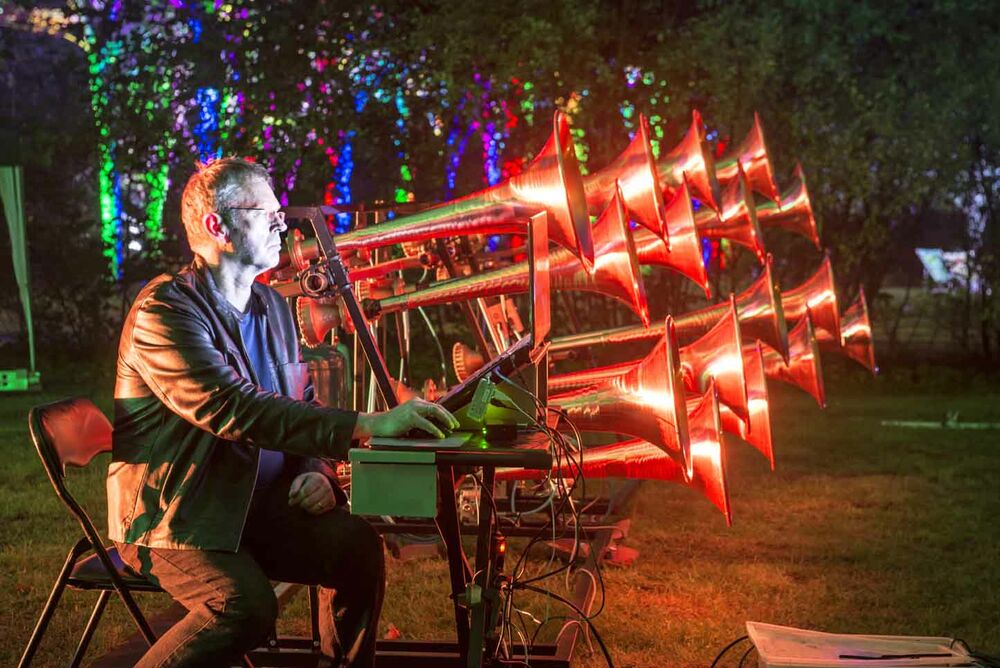